2016 goals.
Well, mine are: keeping the exercise routine, starting a French/Spanish language course (haven’t decided which yet), staying at least one day per week vegetarian and reading a lot. I’ll talk about each goal in other posts, but the focus now is finishing my book list for 2016. Let’s see how far I’ve made.

January – Pyramids, by Terry Pratchett (because I’ve already started so I might as well finish)
February – The Girl Who Played With Fire, by Stieg Larsson
March – Queen, by Phil Sutcliffe
April – Battle Angel Alita, or Gunnm (a manga my friend borrowed me and it’s been sitting inside my work’s drawer for ages)
May – The Kite Runner, by Khaled Hosseini
June – Autumn Bridge, by Takashi Matsuoka
July – A Wild Sheep Chase, by Haruki Murakami
August – Gone Girl, by Gillian Flynn
September – The Shipping News, by Annie Proulx
October – The Buried Giant, by Kazuo Ishiguro
November – All The Bright Places, by Jennifer Niven
December – 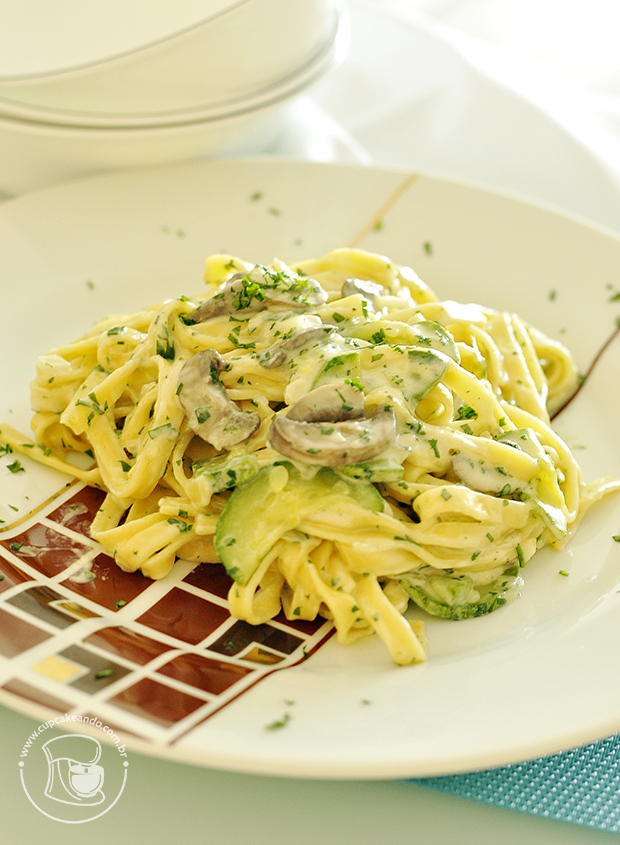 Just one more month for me to finish my list. I’ve concluded it with suggestions by you guys and some books Goodreads suggested me. Can you help me finish? Please leave other titles, nice things to read, different, new or old. I’m truly up for anything as long as it is interesting, well written, funny or even serious, if it’s a good story. 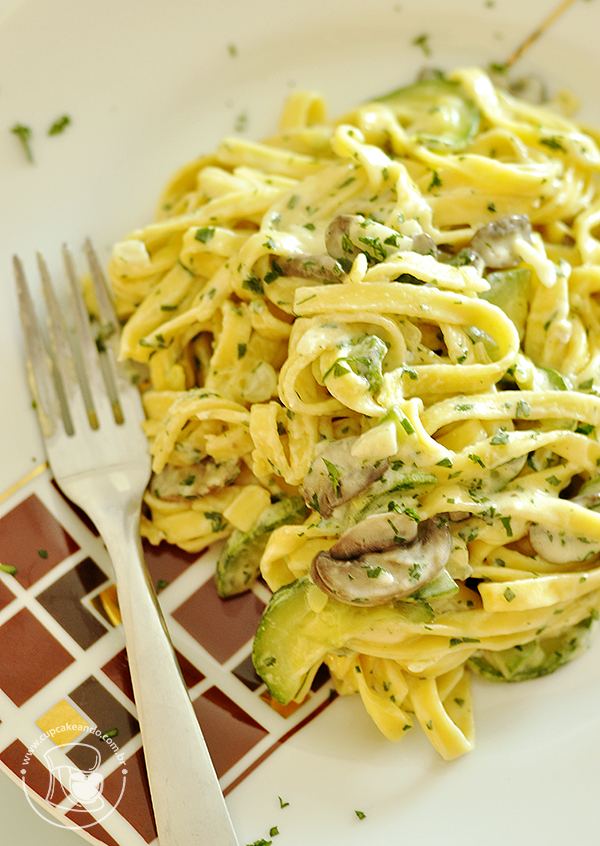 As for the New Year’s supper. Well one of Mr. Boyfriend goals is getting to any-less-than-two-digits-number for fat body mass. Nonsense, I say.
One beautiful weekend day, he kindly asked me: “could you please help me on my diet and cook something healthy?”. Of course, I replied, just trust me. And so this fettuccine was born, with butter, heavy cream, cheese on top and… mushrooms and zucchini. That’s fitness enough for me.

1 – Slice the zucchini in half, then cut them again dividing by half once more. You should get 4 long strips. Slice the zucchini on the same thickness of the mushrooms. Place all the zucchini on a strainer and sprinkle about a teaspoon of salt on top. Let it sit on top of your sink for 10 minutes (prepare everything else meanwhile). This step allows the bitterness of the zucchini to drain out.
2 – Cook the pasta with a lot of boiling salted water. Check the package instructions for the time indicated: if it’s 10 minutes, cook the pasta for about 8 ou 9. Always stop some minutes before the full cooking time because it will cook some more in the sauce. Drain the pasta, keeping a bit of the cooking water.
3 – While the fettuccine cooks, melt the butter in a big pot where you can fit everything inside. Add the onion and the mushrooms and cook for about 4 minutes.
4 – Add the zucchini and garlic, and keep cooking until the zucchini wilts down and the garlic is super fragant.
5 – Add the heavy cream and the parsley (I use 1 tablespoon at first, then I add more if I think it calls for it). Mix well. Taste and adjust the salt and pepper. Let it boil on low heat for about 2 minutes. If it gets too thick, add some of the pasta water.
6 – Add the pasta inside the pot and mix everything thoroughly. Right now, it is best to use tongs. Mix until everything is well combined and warmed through.
7 – Serve immediately with some parmesan cheese and more parsley if you want.

I think I might repeat this recipe for New Year’s eve, because it’s simply awesome. It’s part of my feel good vibe by trying new foods I’ve never eaten before because I was bitchy: zucchini and mushrooms. 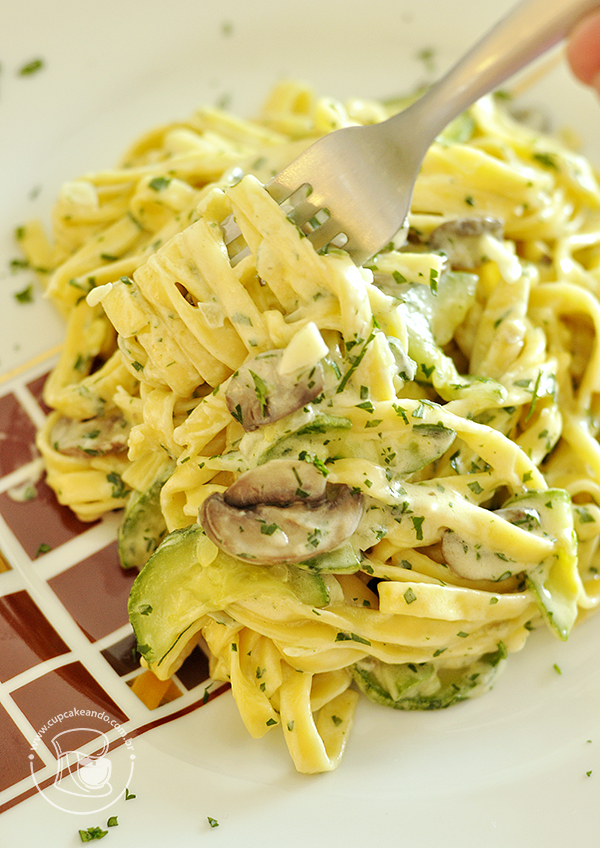 I guess I’ll see you all in 2016! Wish you an amazing New Year’s party, with huge kisses. Wait for some new tasty things on this blog, I’ve been planning good stuffs and I hope everything goes well.