Amongst all the eccentricities my father has, right after enjoying pizza topped with rice and strawberries, I might say the one the fascinates me the most is his obsession with Neapolitan ice cream. The odd thing is not the fact that he likes it, but actually what he does with it. He meticulously cuts each flavor apart with his knife to separated them. Afterwards, he has only the vanilla side. Maybe a bit of the chocolate side. Never strawberry. 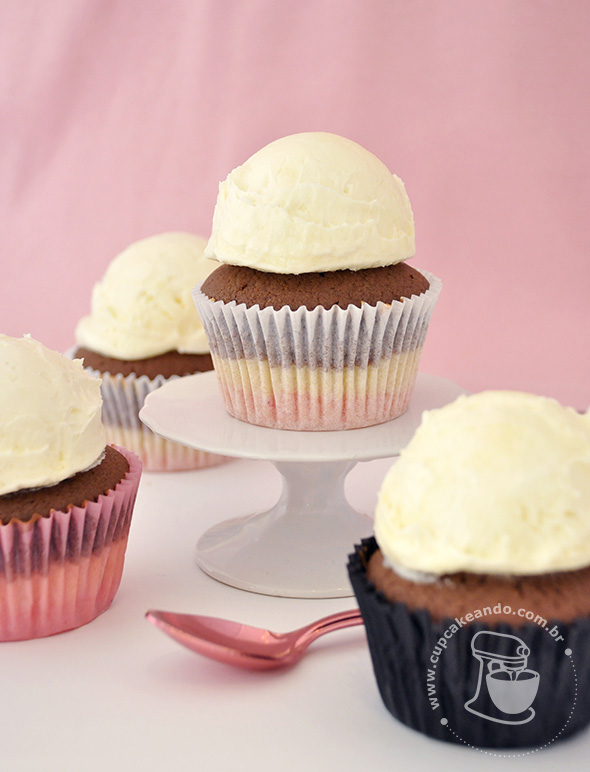 And then, after this abuse, the carton will just lay on the freezer for weeks and nobody will ever eat the strawberry side. In fact, I’m not sure if it’s some sort of human asset, but I don’t know anyone who enjoys strawberry in a Neapolitan ice cream. It’s just there and you have to deal with it.
One day, I confronted my father about his bizarre attitude. Wouldn’t it be easier to just buy a vanilla ice cream carton? Or a chocolate one? To which he replied: “the vanilla in the Neapolitan doesn’t have the same taste as the vanilla alone, and so does the chocolate”. 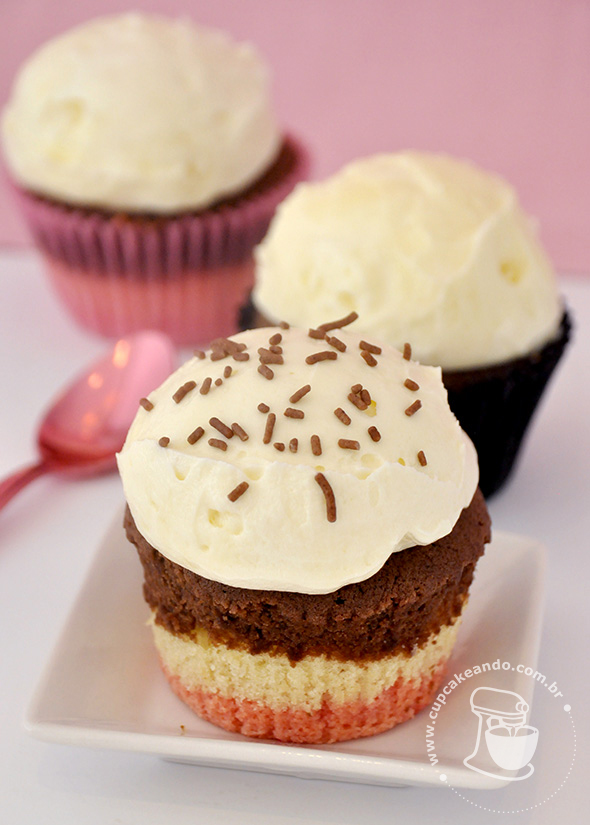 I find it quite cute, indeed – maybe not so much when I need space in my freezer and it’s filled with unwanted strawberry cartons – and I try to understand his taste. Maybe everyone has some sort of liking as weird as that one. Me, for instance, I like mango ice cream, but I can’t stand the fruit or the juice.
To each his own, right?

1 – In a bowl, sift together flour, baking powder and salt.
2 – Turn your oven to 350˚F. Beat butter and sugar together until it’s pale and fluffy, about 4 minutes.
3 – Add the eggs, one at a time. Add the vanilla and beat again.
4 – Alternate dry ingredients and the milk, always finishing with the dry ingredients. 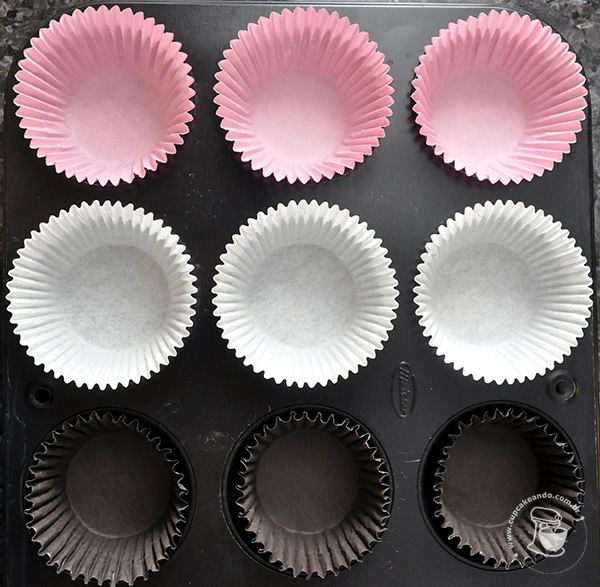 5 – Divide the batter in three equal parts. Then remove 3 tablespoons from one and put it in another. We do that so when we have to fill the liners, the bottom batter will always have less than the upper batter. We need to balance that.
6 – In the bowl with less batter, add the strawberry jell-o and beat again. Be careful not to overmix.
7 – In the bowl with more batter, add the melted chocolate and mix it with a spoon.
8 – Divide the batters equally amongst the paper liners. I tend to drop a tablespoon of each batter and maybe fill the spots of the same batter with a teaspoon. It may not be perfect, but that’s totally ok.
9 – Bake for 18 minutes or until a toothpick inserted in the center of each cupcake comes out clean.

Buttercream (that tastes like ice cream!)
Recipe from Sweetapolita, with adaptations.
Yields: 15 cupcakes with the classic swirl

1 – In a standing mixer, beat butter for 8 minutes on a medium speed. It will turn pale and a lot lighter.
2 – Add all the sugar and salt at once. Cover it with a towel and beat at the slowest speed first. When it’s all incorporated, turn the speed up to medium and beat for another 6 minutes.
3 – Add the milk if you think the buttercream is dry and tough. 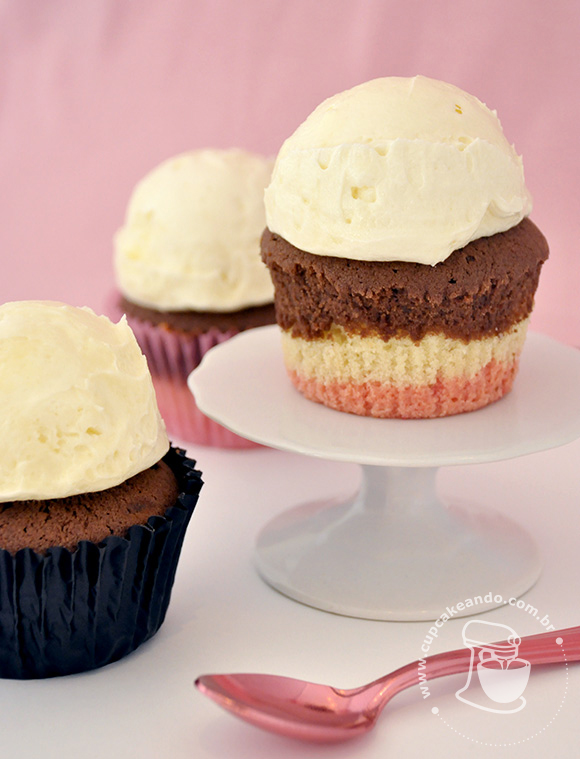 To make the “ice cream scoop” effect, I left the buttercream for a few minutes on my freezer. When it was hard, but not too much, I used an ice cream scoop like any other. The sprinkles are something extra you can do, and it looks cute!
These cupcakes are awesome, and they taste and smell just like Neapolitan ice cream!

Which Neapolitan flavor is your favorite? Vanilla, chocolate or ice cream?