As I mentioned on Facebook, this post was delayed because I finally started moving to my apartment! Yes, to Whitey, to living by myself, to living in an apartment after decades in a house. All that jazz. Everything was done in one week, by myself and with mom’s help. I didn’t skip any work day, which I see as a big achievement.
On Monday, I changed the locks. On the same night, I started moving by taking boxes at a time, filled with kitchen stuff and some clothes. Me and my mother, without any man muscle and with our cars. Just by that, we managed to take most of the things I have. On the other nights, I took house stuffs like cleaning utensils and more clothes. 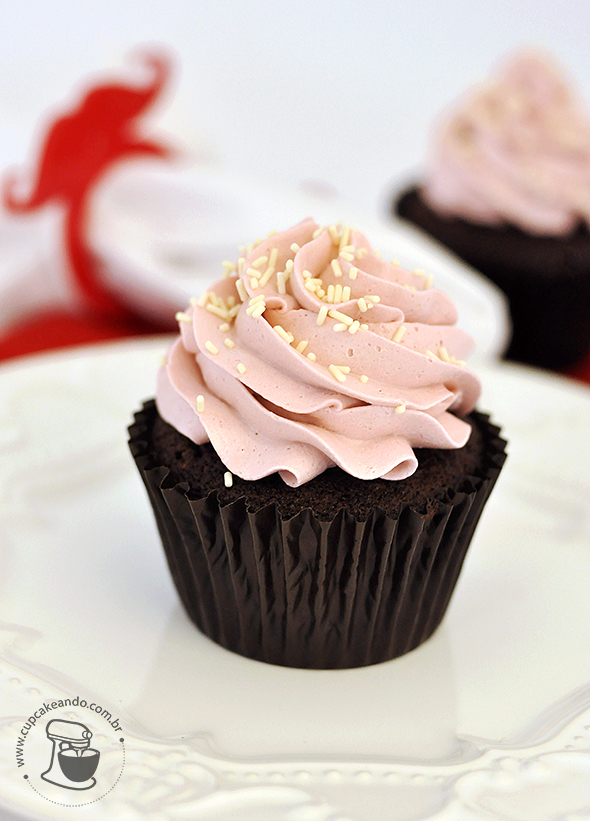 With all the boxes inside the apartment, I came back from work quickly and would immediatly start setting everything in place. Of course I didn’t bring everything I have, because that’s simply impossible. I have to practice how to let go of things… Not to mention that the apartment is not finished yet: the glass behind the sink came in the wrong color, for example.
My priority, which was the kitchen, is complete! As for the rest, I have a sofá, a TV and it’s enough. The room is a mess, I just threw my clothes inside the drawers and ran on to the kitchen so I could bake something.
So now, this is my kitchen, for you all to see! 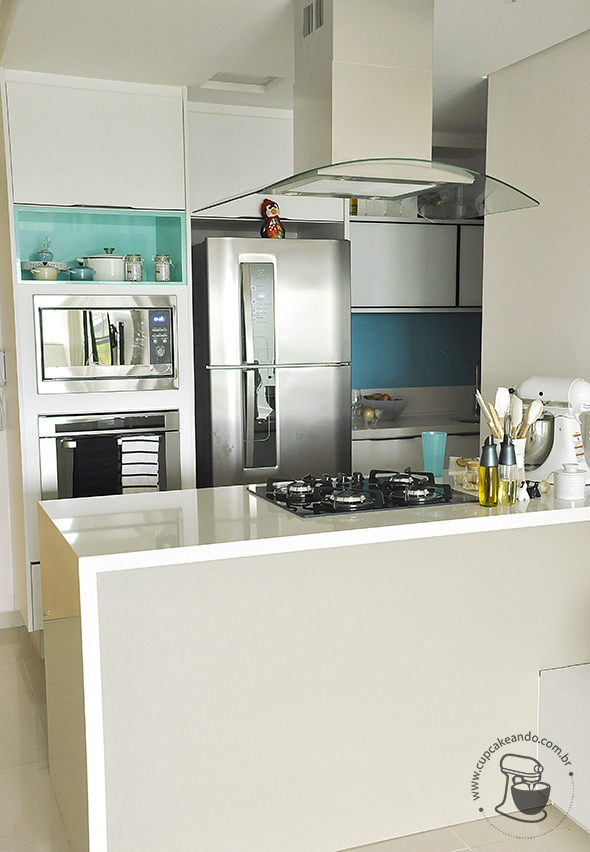 As I said, the glass came in the wrong color. It was supposed to be the same as the open cabinet (Tiffany blue!) or just white. But the rest is simply perfect! And it wasn’t even that much white as everybody said, right?

1 – Turn your oven to 350˚F. In a big bowl, sift the flour, cinnamon, baking soda, salt and pepper. In another bowl, mix water and cocoa powder until smooth.
2 – Beat the butter and sugar until pale and fluffy. Add the egg and oil, beat again, then add the vanilla and beat once more.
3 – Alternate the addition of dry and wet ingredients. Do not overmix!
4 – Bake the cupcakes for 18 minutes or until a toothpick inserted in the center comes out clean.

The frosting was the italian meringue buttercream, with a few drops of pink gel color, because I used a lot of pepper, so I needed something to stop the heat in my tongue. So that’s why the butter. I really like this cupcake texture and it’s pretty good even without the pepper and cinnamon! I used the 1M tip from Wilton, of course.