It’s been a couple of years I don’t go to the so-called festa junina in Brazil. I’m Always on the “next week” basis, but I end up home doing something, restingo r cooking. I miss the days when I was little and time was infinite.
I also miss the festas juninas. It’s a very popular party in Brazil in these months, and it is filled with typical food for this time a year. The main ingredients used are corn, coconut, peanuts, chicken and a wide variety of homemade cakes. No frosting needed, just plain good old cake. It’s like a feast of indulgent food for two whole months in parties filled with music and traditional dances. 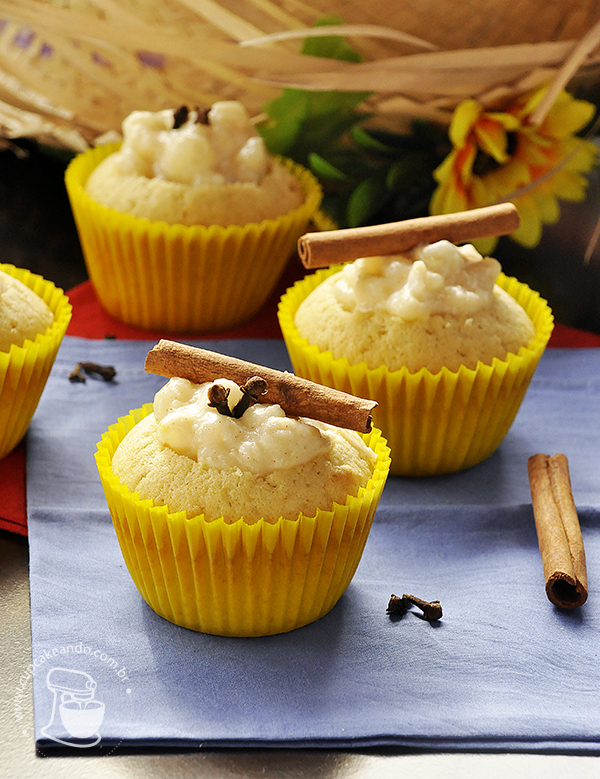 I haven’t been going to festas juninas these last years mainly because it is nothing compared to what it was back when I was a child. Now it’s more like a music concert. And I hate crowds. Really. Also I found a Mr. Boyfriend fit for me, who hates crowds as much as I do, or possibly more.
Nowadays, we have to get there hours before it’s even bound to start just to get a parking spot and a place to sit down. Not to mention the endless lines to buy food. Not fun at all. Seems like all the family values of these festas juninas are gone. 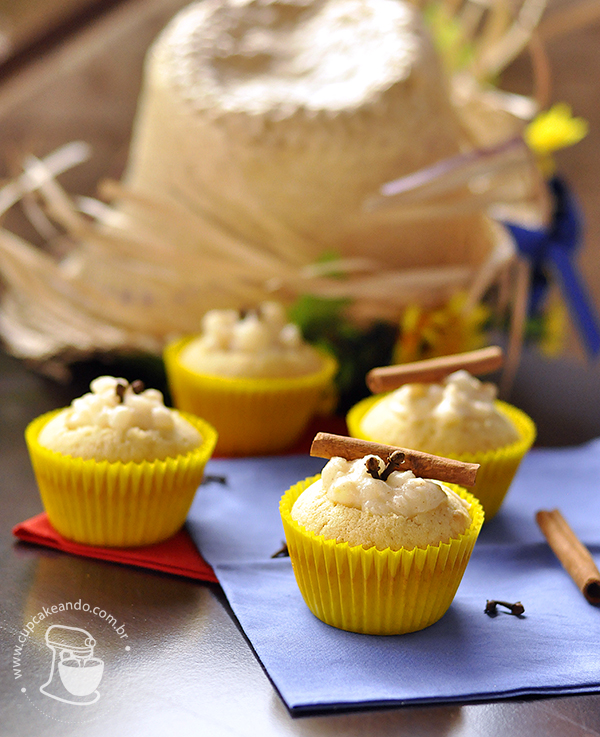 Maybe that’s what get me so upset on thinking about going to one of those parties. But I should go, because there’s no better time in the year for eating like a hungry horse, with some of the most delicious food brazilians can produce. Yes, there’s a reason behind the World Cup happening on June/July, folks.
To prove it to you, there’s a collective post on festas juninas. Just check it out all of the recipes:

For the cupcakes
1 vanilla cupcake recipe

1 – Wash the canjica throughly on tap water, until the water doesn’t come out white anymore. Put it on a pressure cooker with plenty of water and cook for 15 minutes after pressure has started. Remove from heat, let it sit until you can open it again and stir. Close it and let if boil twice more, for 15 minutes each, stirring again after each one. Taste at the end and see if the grains are tender.
2 – Drain the water and add just 500ml of the milk, the cloves, the sweet condensed milk, the coconut milk, the shredded coconut and the salt. Let it come to a boil, stirring constantly, until it reaches a creamy consistency.
3 – Then, add a bit of milk once at a time, cooking and stirring. When the canjica is consistent enough to serve as a filling – it can’t be too liquidy or it will sink inside the cupcake –, remove from the heat.
4 – At last, add the cinnamon and the sugar while it’s still very hot and stir. Taste it and adjust the sugar if you think it needs. You can remove the cloves if you want, since we’ll decorate them with cloves afterwards.

This is a simple cupcake because festas juninas foods are simple. Open the filling hole and fill it with the canjica while it’s still warm. I really encourage you to leave the cupcakes cut open (keep the cones to close the hole and prevent drying), heat the canjica and serve it right away, like a final dessert. With a warm filling, this cupcake really rises to the top.
This canjica recipe actually yields a lot to fill the cupcakes and to eat plainly, as we do here in Brazil. Enjoy! 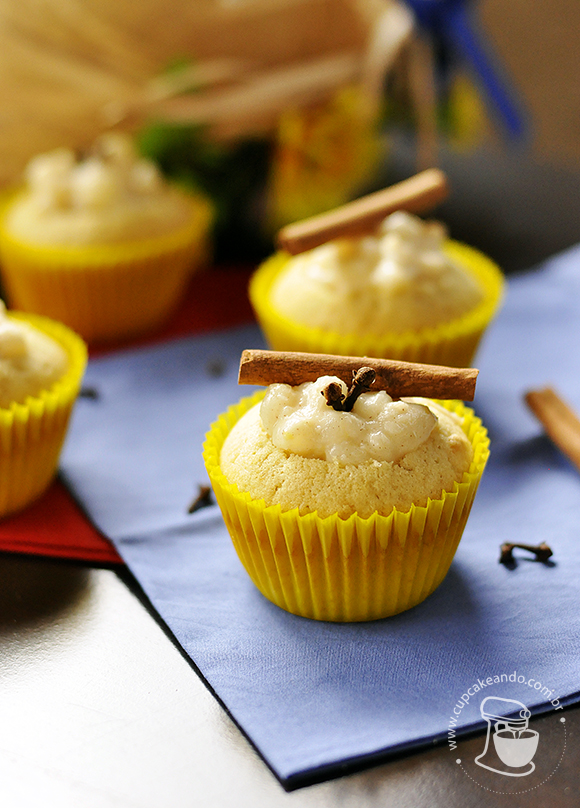 Would you like to visit Brazil and its festas juninas?